During the 17th-century Dutch Golden Age, political and cultural events transformed Dutch art. New prosperity and changes that followed Dutch independence after the Eighty Years War fostered the development of many of the artists known collectively as the Dutch Masters. Rembrandt Harmenszoon van Rijn, Johannes Vermeer, and Willem van de Velde, the elder, are just a few the Dutch masters whose paintings continue to influence artists to the present day.

These 17th century Dutch Masters paintings provide an example of the variety of genres produced during this period, and show how these artists use light, shadow, and texture. Can you see why these artists are called “masters”? 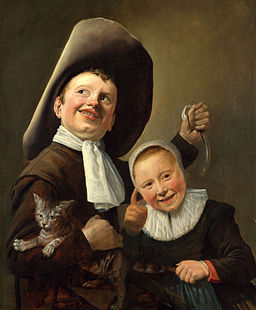 Judith Leyster, A Boy and a Girl with a Cat and an Eel, 1635 Public domain, via Wikimedia Commons

Learn more about the Dutch Masters and the Dutch Golden Age.