Renaissance art emerged as a distinct style in Italy in about AD 1400, along with developments in philosophy, literature, music, science and technology. Renaissance art, including painting, sculpture, and decorative arts, took as its foundation the art of Classical antiquity, perceived as the noblest of ancient traditions. However, artists transformed that tradition by meshing it with recent developments in the art of Northern Europe and applying new scientific knowledge.

Along with Renaissance humanist philosophy, Renaissance art spread throughout Europe, affecting both artists and their patrons with the development of new techniques and new artistic sensibilities. For art historians, the art of the Renaissance  marks the transition of Europe from the medieval period to the Early Modern age.

As you look at the various paintings below, can you see some of the same ideas you’ve been reading about in Renaissance literature such as Fairie Queene, Don Quixote, and the poetry and plays of Shakespeare? 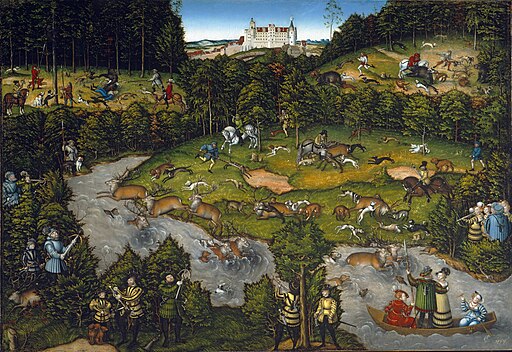 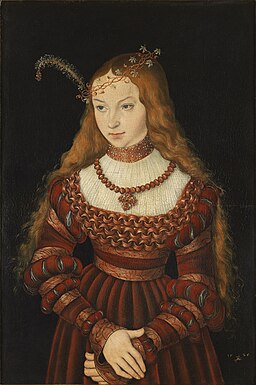 Portrait of Princess Sibylle of Cleve by Lucas Cranach the Elder, 1526. Public domain via Wikimedia Commons.

The School of Athens, a fresco by Raphael Sanzio da Urbino, 1511. Public Domain via Wikimedia Commons.

Judith with the Head of Holofernes by Cristofano Allori, 1613. Public domain via Wikimedia Commons. 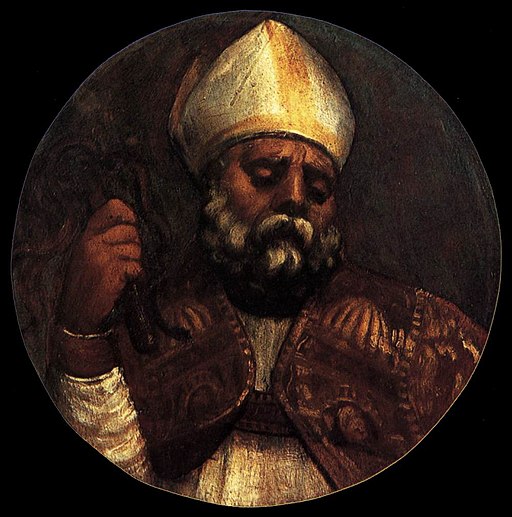 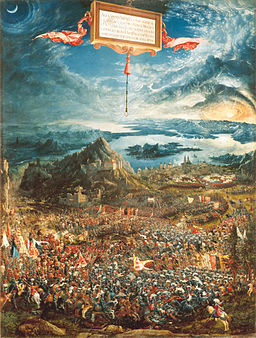 he Battle of Alexander at Issus by Albrecht Altdorfer, 1528. Public domain via Wikimedia Commons.

The Ghent Altarpiece by Hubert and Jan van Eyck is a 15th-century polyptych altarpiece in St Bavo’s Cathedral, Ghent, Belgium. It was begun c. the mid-1420s and completed by 1432. 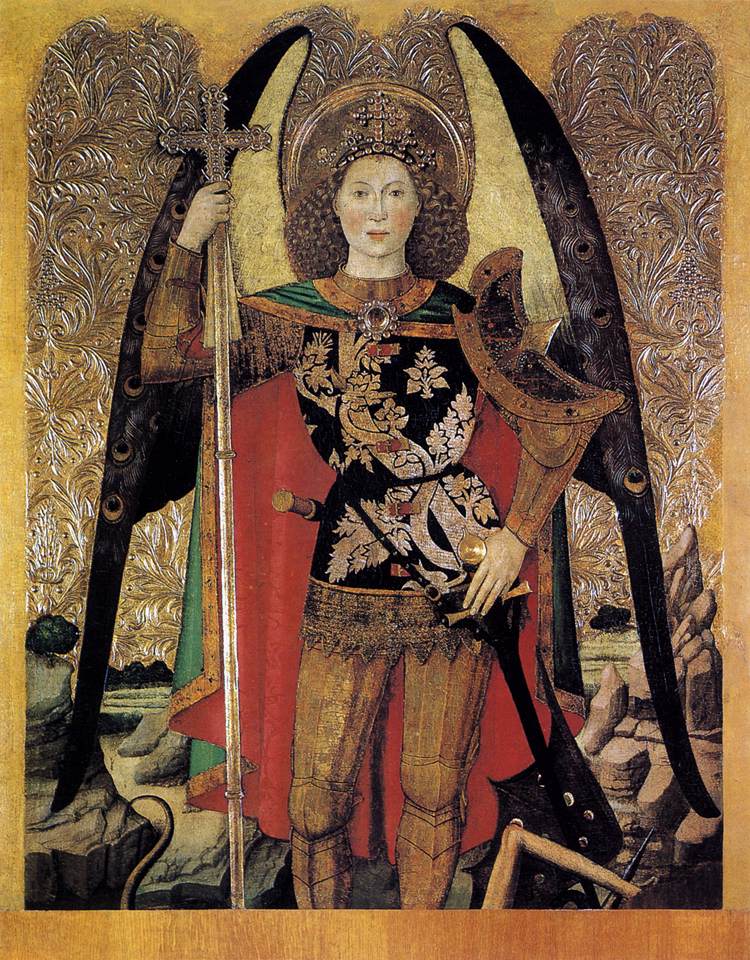 History of the Renaissance by Bamber Gascoigne